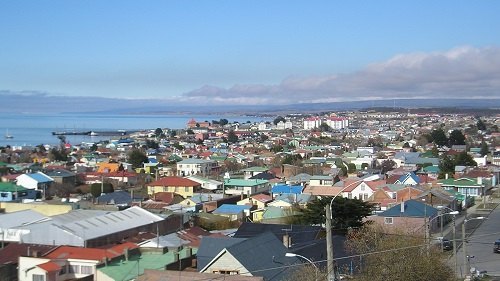 Punta Arenas has a population of 123.041 inhabitants, is the oldest and largest city of Patagonia. It was founded in 1848 along the Strait of Magellan, the largest natural sea passage between the Atlantic and Pacific oceans, a crossroad for ancient sailors, pirates and now, almost extinct aboriginal tribes.

The rich history of Punta Arenas has resulted in a fascinating nineteenth century architecture. Around the main square there are buildings that stand out like the cathedral, the Government House, the traditional Cabo de Hornos Hotel, Sara Braun Palace and José Menéndez Residence. All of them have been declared National monuments. The past of these mansions of the nineteenth and early twentieth century, is closely related to the origins of the southern population. The former mansion of Sara Braun, houses today the Hotel José Nogueira, superbly set in the heroic age of the pioneers, but with all the comforts of modern high standard hospitality.

Located opposite of the famous “Munoz Gamero” Square, the palace was built between 1895 and 1905, design by the French architect Numa Mayer, hired by Sara Braun after the death of her husband, the successful Portuguese businessman José Nogueira.

The building has a neoclassical style, with bricks masonry on top of a stones foundation. This two stories mansions had on its first floor the music hall, the golden room, dining room and billiards room, while on the second floor the bedrooms and the library where located. Materials, furniture and decorative objects were brought from Europe.