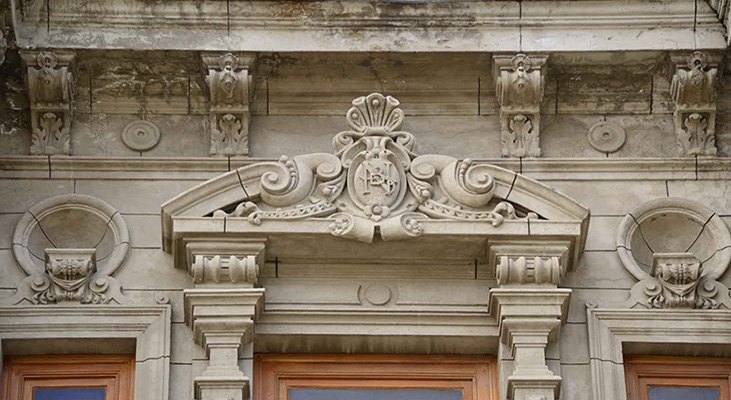 The building has a neoclassical style with generous details in the ornamentation. The two story mansion was built in brick masonry, over stone foundations. A wooden structure supports the ceiling, covered with a galvanized iron roof with a scales texture. Materials, furniture and decorations were brought from Europe.

On the first floor it was found the music hall, the golden room, dining room and billiards room, while on the second floor the bedrooms and library were found.

The building´s front has a porch with columns that stand on to the second floor, generating a bounded terrace with a balusters surrounding. By the west, the construction has attached a winter garden set on a metal structure. By the east, a large boinder extends the spacious music hall into the surrounding park. The four corners of the roof are holding skirts, topped by mansard windows with profuse ornamentation. Inside the building part of the original refined decoration is preserve.

After its acquisition, the building was carefully preserved in structure and atmosphere, keeping the spirit of the former owners. Members of the royal families of Spain and England, have provided a toast while staying at the hotel, as a tribute to the pioneers of the European colonization.

This building was always part of the social and cultural life of Punta Arenas, as a part of the Nogueira Braun family spirit. In the use of the palace as a restaurant, bar and hotel, the memory of the former owners is kept alive.